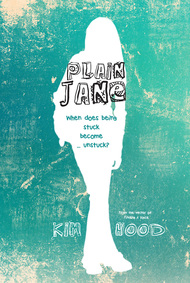 At nearly 16, Jane has lived in the shadow of her little sister Emma’s cancer diagnosis for over three years. Not that she was ever in the limelight; it is her sister who is the talented one, a dancer who at ten had been outgrowing her small town teachers’ skills. Jane had never resented her sister’s talent; without any interests herself, it had always kept the pressure off her.
Now though, with her parents struggling to cope financially and emotionally, Jane’s life in her rural mining village seems to be a never ending monotony of skipping school, long bus rides to the hospital and hanging out with a boyfriend she doesn’t even know why she is with. Nobody really cares that her life is stuck in neutral; she is finding it difficult to care herself ...
Ultimately, Jane begins to understand the real parts of her life that are good; her sister Emma's chances of recovery begin to improve and the two sisters try to rebuild the relationship they shared before the illness took over. 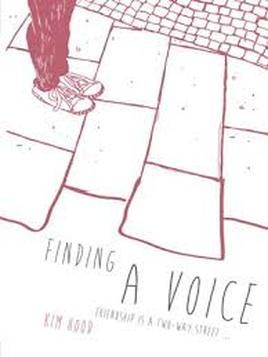 Shortlisted for the Bookseller YA Prize 2015!
Jo could never have guessed that the friendship she so desperately craves would come in the shape of a severely disabled boy. He can’t even speak. Maybe it is because he can’t speak that she finds herself telling him how difficult it is living with her eccentric, mentally fragile mother.
Behind Chris’ lopsided grin and gigantic blue wheelchair is a real person — with a sense of humour, a tremendous stubborn streak and a secret he has kept from everyone.
For a while it seems life may actually get better. But as Jo finds out just how terrible life is for Chris, and as her own life spirals out of control, she becomes desperate to change things for both of them. In a dramatic turn of events, Jo makes a decision that could end in tragedy.
​This is the story of how an unusual friendship unlocks the words that neither knew they had.

'touching and poignant story ... written with deep compassion and understanding, this is excellently written and will grip the reader's attention'
--parentsintouch.co.uk
Buy from OBP